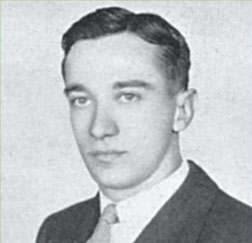 Eugene Olcott, MetE’40, changed his major from electrical to metallurgical engineering because he believed “the equipment was better.”

Nearly 75 years later, in August 2012, the dedication of the Eugene L. Olcott Metallography Laboratory honored his memory – and his passion for technology – with a gift to S&T students: a material sciences lab in McNutt Hall filled with state-of-the-art polishing equipment.

Read more about this gift from the Olcott family in the Spring issue of the Missouri S&T Magazine.