Two tubas from a friend 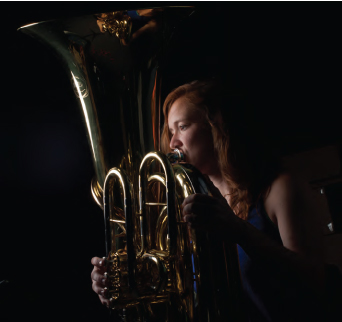 Emily Vandivert, a senior in architectural engineering, practices on one of the new tubas donated by Keith Bailey, ME’64.

When Keith Bailey, ME’64, saw the “shopping list” published in the Spring 2013 issue of Missouri S&T Magazine, he decided to pick up something for the university – two new tubas for the band.

A former chair of the Board of Trustees, member of the Athletic Hall of Fame (varsity basketball and football) and one of 28 Alumni of Influence honored in 2011, Bailey has transformed the Missouri S&T campus and the lives of countless students. His many gifts include an endowed professorship in manufacturing engineering, an endowed scholarship for student-athletes, an endowed maintenance fund for athletics, and lead gifts for the Miner Dome and Allgood-Bailey Stadium. Bailey received a professional degree in mechanical engineering and an honorary doctorate from S&T in 1981 and 1994, respectively. 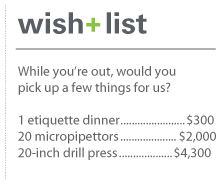 This generous Miner also knows that S&T has many needs that rarely receive publicity: a generator for back-up power at KMST, raw glass for the Hot Glass Shop, drill presses, lodging for S&T students competing in the Solar Decathlon and more.