A proud Miner’s memories inspire a legacy of giving 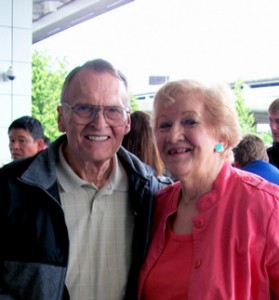 Nostalgia – and some friendly competition – played a role when William Patterson, PetE’53, decided to name the staff office in Hasselmann Alumni House.

“When I looked at the alumni association information about naming opportunities, I saw that Bob Brackbill, MinE’42, had named a room,” he says. “Bob recruited me to Shell Oil Co. in 1953.  It took him two dinners to convince me to join the company. He never let me forget it.”

More than 60 years later, the William and June Patterson Staff Office and the Robert and Catherine Brackbill Office are located side by side in Hasselmann Alumni House – a symbol of the friendships and industry connections that have united Miners for generations.

Patterson retired from Shell after 38 years as a petroleum engineer and economics analyst. He also holds an MBA from Fairleigh Dickinson University. Although he hasn’t lived in Missouri since his undergraduate days, fond memories have inspired many gifts to S&T, from ROTC cannon crew jackets to a baby grand piano. 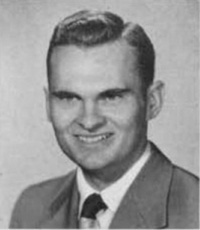 As a baritone horn player and member of the ROTC band, Patterson remembers performing at Miner football games from “the best seat in the house.” His gift of all-weather jackets was a thank you to the ROTC cadets who crew the Howitzer at Miner athletic events.

Patterson’s gift to the suit closet sponsored by S&T’s Career Opportunities and Employer Relations (COER) was inspired by his own childhood growing up on a farm in southwest Missouri. “I had two pairs of shoes,” he says. “Everyday shoes and Sunday shoes. When the everyday pair wore out, the Sunday pair took their place.”

“Back in those days, we were strictly a men’s singing group,” he says. “We performed every year at two nearby women’s colleges, Stephens and Lindenwood. I think that was the biggest incentive to join.”

Perhaps the most practical of Patterson’s many gifts are two chairs he purchased for Hasselmann Alumni House. “We bought those so we’ll have a place to sit when we come to the dedication,” he deadpans.