Comments Off on We Give Because We’re Miners: Philanthropy Month 2016

We Give Because We’re Miners: Philanthropy Month 2016

Miners make a difference 365 days a year. For 30 days in April, we celebrated that spirit of giving. Read on for highlights from our campuswide celebration of Philanthropy Month.

It was green for gratitude all month long 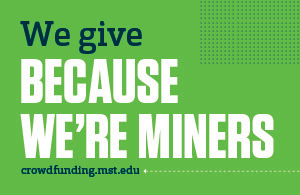 From green tags recognizing the generosity of donors to spirit wear showing our solidarity, the Missouri S&T campus was awash in green throughout April. Student scavenger hunt teams followed clues through the history of philanthropy at S&T. Blue Key and Students Today Alumni Tomorrow challenged the New Alumni Council to a crowdfunding contest. Enjoy highlights of Philanthropy Month.

Battle of the Brains: A knock-out for scholarships

Scholarship students and donors went to the mat for five rounds of trivia on April 22 during the fourth annual Battle of the Brains. In a marathon bout of mental showmanship, student-alumni teams marshalled their knowledge of everything from Miner lore to mathematical equations. One team (representing National Residence Hall Honorary) took home the coveted title Biggest Brainiac, but every contender blessed by scholarship support was a winner. In the spirit of Philanthropy Month, proceeds benefitted student organizations. 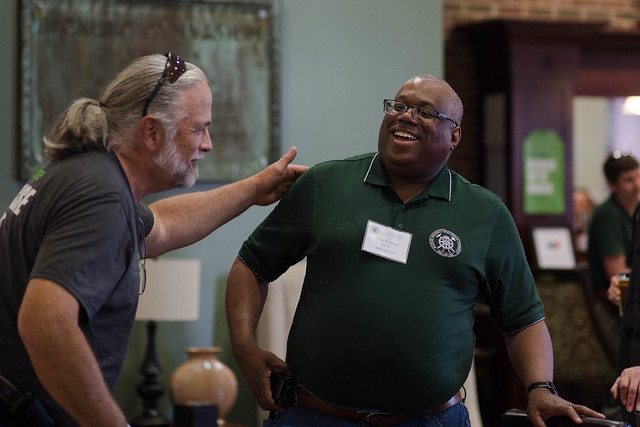 Saluting our Woman of the Year; Announcing the Advocate Award 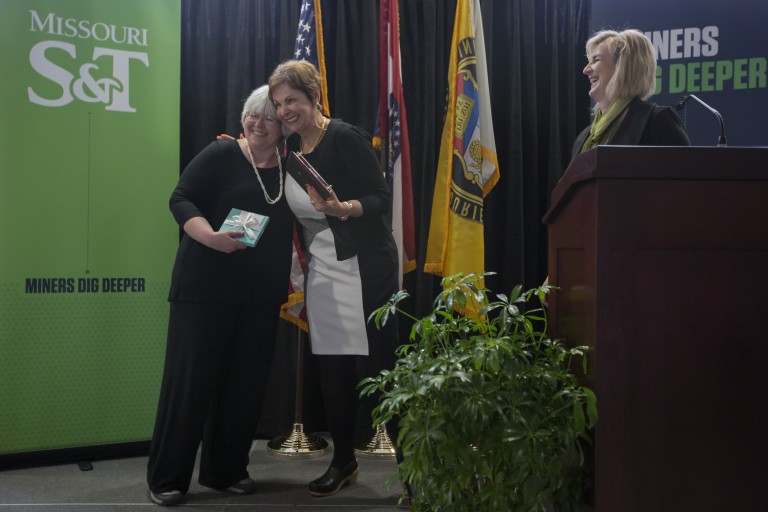 Missouri S&T professor Suzanna Long, left, embraces Cynthia Tang as Chancellor Cheryl B. Schrader looks on. Long was named the Missouri S&T Woman of the Year on Wednesday, April 20. Tang, a member of the Missouri S&T Board of Trustees, funds the award. Photo by Sam O’Keefe/Missouri S&T

Congratulations to Suzanna Long, Phys’84, Hist’84, MS EMgt’04, PhD EMgt’07, associate professor and interim chair of engineering management and systems engineering, who was named Missouri S&T’s 2016 Woman of the Year on April 20. The annual award includes a $2,000 stipend funded by Missouri S&T trustee Cynthia Tang, Econ’85, who has also established a new honor, the Dr. Elizabeth Cummins Advocate Award, which will be presented for the first time in 2017. Dr. Cummins was the recipient of the first Woman of the Year Award. Watch for information on the new award at chancellor.mst.edu.