Comments Off on Generosity jackets the ROTC Cannon Crew 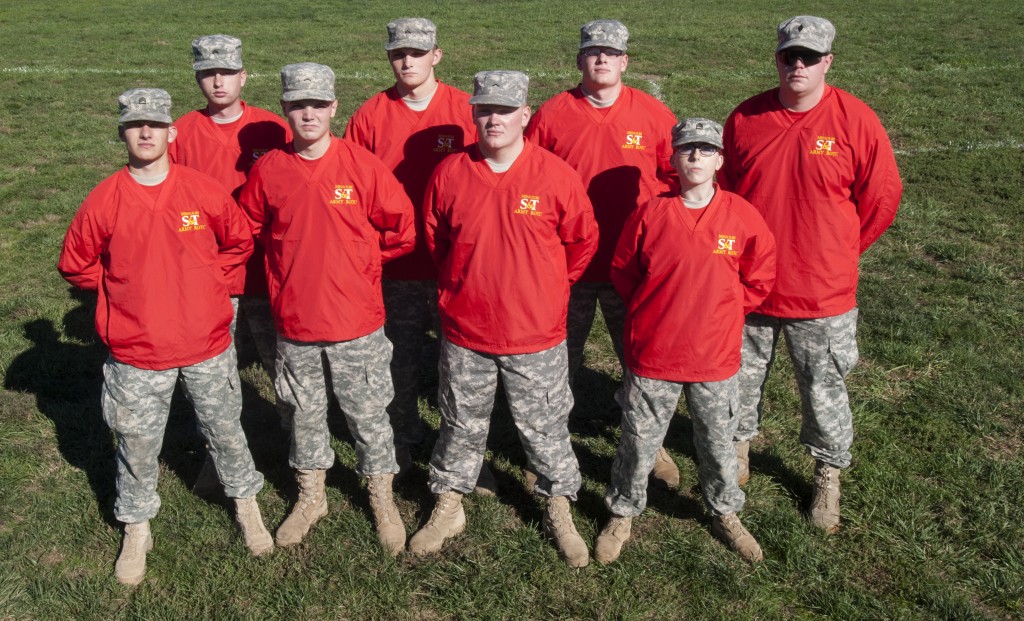 Over the past half century, William E. Patterson, PetE’53, has supported Missouri S&T in many ways. His latest gift, however, was the first wearable one.

Thanks to the generosity of this OGS member, the cadets on the ROTC Cannon Crew now have new jackets befitting their role as commanders of the boom.

“The jackets are a way to differentiate a group of cadets who are already very involved and still choose to give more to the university,” says ROTC Commander Ted Read. “William Patterson’s gift allowed us to buy 15 weather-resistant jackets so this special crew is set apart.”

Patterson’s gift was inspired by a “wish list” published in the Summer 2013 issue of Missouri S&T Magazine. The list included many university needs, from a drill press to a generator, but it was the third item that caught Patterson’s eye: “15 ROTC Cannon Crew jackets.”

As a member of the ROTC band, Patterson remembers having the “best seat in the house” at football games. “I played baritone horn during my first two years,” he says. “The main benefit was getting to play seated on the sidelines while the ROTC cadets marched in formation on the football field.”

Now, thanks to Patterson’s generosity, the cadets who man the crew’s World War II-era Pack Howitzer will command the boom in all-weather warmth, come rain, sleet or snow.